In Funny Feeling you perform actions and sing/say phrases in a random emotional style or role, often with hilarious results.  Other players guess which Feeling &/or Role it is and correct guesses win points.

The online version of Funny Feeling lets you play the game with a group of family or friends in the same room and has less cards than the published version will.

Choose who starts. They are the Performer.

Each turn the Performer presses the New Card button.

While everyone else looks away they hover over the card that appears to see the front of the card.  The dice tells you which item to read.  A 60 second timer automatically starts for them to perform the card and the other players to guess it.

If you run out of time, you get no points for that round.

Which version of rules you need depends on how many players there are: 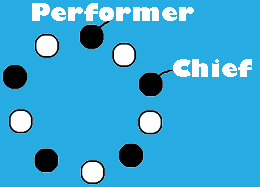 Players divide into 2 teams and sit in an alternating pattern in a circle (black dots are one team, white dots the other).

The next player in their team in a clockwise direction from the Performer is the Chief. 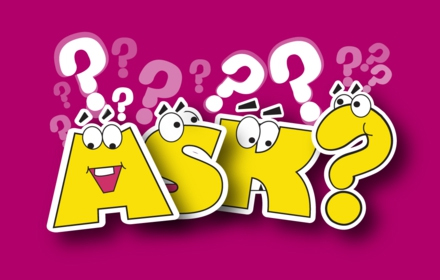 The Performer reads the question out loud and secretly writes down which of the 9 Feelings best answers it for them personally.  Ignore Roles.

Once s/he has written his/her answer, everyone in their team guesses which Feeling the Performer’s picked and can discuss it but the Chief has the final decision and chooses which card by saying “I have a funny feeling it’s …” If they guess right win 2 points for the team. If they guess wrong, you get no points.

Feeling cards chosen or guessed are swapped at the end of each turn by clicking on them to show a new card.  Play then moves clockwise with the next person on the Performer’s left becoming the new Performer.

The Performer looks at the symbol on their card which shows which Feeling &/or Role to act.  For example, if your card shows the image here and next to the timer it says “Feeling“ use the middle of the nine Feeling cards, if it says Role, use the top right Role and if it says ‘Combo’, use both! 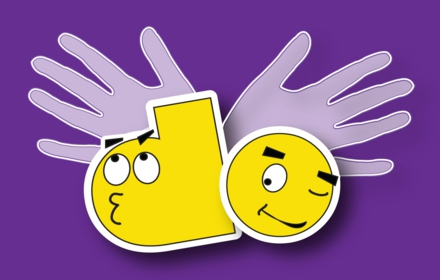 For Do cards, the Performer reads the relevant action on the card out loud in a neutral tone.  They then can’t talk or make a noise and must mime the action once or twice with the feeling &/or as the Role indicated.

For Say/Sing Cards, when you hover over the card, look to see if it’s ‘Say’ or ‘Sing’.

The performer then either says the phrase or sings it with the feeling &/or as the Role indicated.  You can make facial expressions, but no gestures! You can repeat the phrase, but only once.

Choosing a Feeling or Role

For Funny Feelings or Roles if you guess correctly win 2 points.

For Combos, if you guess either the Funny Feeling or Role correctly win 1 point; if you guess both win 3 points.  Click on any cards used or guessed to change them and play moves clockwise.

The first team to 15 points wins the game. 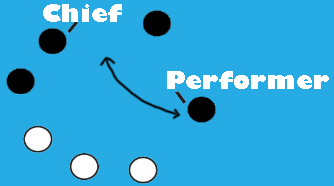 For games where there’s an odd number of players, sit in a horseshoe shape with each team on different sides and the ‘stage’ in front of the computer or mobile device.

When it’s your turn to perform, go to the ‘stage’ and click ‘New Card’. Play alternates between teams, otherwise the rules are the same as for Party Games.

Each turn one player is the Performer and other players guess their choice by writing it down secretly, or in the case of Combo by writing down both a Feeling and Role.  When the timer reaches zero everyone reveals their answer and correct guesses win points.  If everyone guesses correctly the Performer also wins a point.